With the ongoing digitalisation, telecom networks and technologies are becoming the backbone of modern societies. It is key that Europe can continue to reap the benefits of innovation and intellectual property developed in Europe.

The European Association of Next Generation Telecommunications Innovators (EANGTI), is founded by group of European telecom SME’s to highlight the opportunity in creating a strong eco-system and SME-friendly environment that fosters innovation in Europe.

Europe has a long and proud history of successful technological innovation and building strong companies and eco-systems. The continent also has a number of successful and highly advanced SMEs within the telecom space, which represents a new breed of telecom suppliers, born in a cloud-native era where software is at the centre of the business, and open source and collaboration is part of the DNA.

Yet in last decades the centre of gravity for innovation has moved to the West and the East. Some of the fastest growing companies in the telecom sector have over the past decades come from the US and Asia.

The last decade’s trend of US and Asian telecom companies growing more rapidly than European companies can be changed. Young and innovative SMEs can and should play a key part in fuelling European innovation. Europe needs to strengthen its SME ecosystem through dedicated support – allowing innovation and IP to stay in Europe and contribute to innovation, digital sovereignty and competitiveness. For that to happen, these companies must continue to develop and grow within the European context, rather than being acquired by companies from other parts of the world.

The acquisition of European innovators by foreign companies leads to European know how, technology and IP being siphoned off to other regions. This trend is highly prevalent in the telecoms industry. The innovation power of telecom SMEs needs to be recognized and supported as it will allow Europe to build a more-cost effective and innovative telecom infrastructure and healthy eco-systems. This will foster the development of use cases ranging from high-speed mobile broadband rural coverage to effective IoT applications for smaller enterprises and municipalities.

Our mission is to allow Europe to continue to reap the benefits of innovation and intellectual property developed within the continent. EANGTI is dedicated to highlighting the opportunity in creating a strong eco-system and SME-friendly environment that fosters innovation.

EANGTI is active in the following advocacy areas:

Joint effort across industry players to develop a new generation of services and deployments for underserved markets.

Joint efforts across private and public players to develop eco-system and use cases.

While European countries often rank high on innovation indices, they have been less successful in breeding globally leading technology companies, ecosystems and clusters.

In parallel, US and Asian companies have actively sought out attractive SMEs in the tech sector, including in Europe, acquiring leading edge technologies and intellectual property to further strengthen their offerings and portfolios.

It is, however, possible for Europe to become a global leader without following the American or Asian models. There are already several young European SMEs offering cutting edge telecom technology solutions. Not seldom, new entrepreneurs have built leading companies in their respective fields through very strong links to European academia and research centres.

The backbone of modern society

With the ongoing digitalization, telecom networks and technologies are becoming the backbone of modern societies.

This is illustrated by the total number of mobile broadband subscriptions which has reached 6.2 billion and is expected to reach 8 billion by 2025. Moreover, subscriptions associated with smartphones account for more than 70% of all mobile subscriptions. In terms of 5G, a total of 2.6 billion 5G subscriptions are forecasted for 2025.

5G networks are expected to carry nearly half of the world’s mobile data traffic by 2025. For example, 500 million additional smartphone users are expected in India. The total traffic is projected to triple, reaching 22EB per month in 2025.

While there is a lot of talk about 5G, its capabilities and when it will be available, there are many use cases where the cost effective next generations software defined networks (mobile core and RAN) are needed. There is an increasing demand for an integrated, cloud-native 4G/5G core that is underserved by legacy suppliers.

Examples of use cases where this technology can add significant value are:

No single player will be able to make it happen – there needs to be an ecosystem of different actors catering to different needs in the market and need to develop an environment in which both technology and business innovation is supported and encouraged.

A new breed of companies and technologies

Europe already has a number of successful and highly advanced SMEs within the telecom space, working on the next generation mobile network technology. This is a new breed of telecom technology providers, born in a cloud-native era where software is at the centre of the business and open source and collaboration is part of the DNA. While they are small in size and individually address parts of the network, together, these European SMEs are, already today, in a position to supply and operate a full 4G and 5G network from the “brain” in the core network (functions) to the radio access network (RAN) at the edge. More specifically, they can provide core network functions, mobile core, and virtualized radio access network (RAN).

If you bundle the products and capabilities of all of these players, these SME’s can jointly supply all components needed to build a full 4G or 5G network that is fully software based.

A fully software defined (virtual) mobile network will soon be the industry standard in telecommunications, just like digitalization and virtualization have transformed other industries, such as media and music distribution. Software-only networks come with many advantages

While 2G and 3G connectivity still enable the majority of IoT applications, during 2019 the number of Massive IoT connections are estimated to have increased by a factor of 3, reaching close to 100 million at the end of the year. The number of IoT connections of all types is forecast to reach almost 25 billion by 2025. European telecom SMEs can already today offer technologies that radically bring down the cost of deploying and running 4G and 5G networks, making them available to all sectors of society. For example, the connectivity needs of the automotive and transport ecosystem are diverse and complex, requiring a common network solution, rather than several single-segment solutions. The automotive industry is expected to be among the top four industries for 5G-enabled service providers in 2030.

An added benefit of building an even stronger European eco-system of telecom network equipment/solution providers is the possibility for increased diversity in the supply chain for operators. Over time this will increase resilience and independence of the increasingly critical telecom networks in Europe.

Last year showed an unprecedented interest from US investors in Europe. US investors are more active in terms of their activity in the region, as well as in spending an increased amount of time on the ground, building their European network and dealflow.

Throughout Europe, there is a rising trend of SMEs being acquired by non-European companies.

For example, in Germany, domestic acquirers have traditionally dominated but that could be changing. Since 2013 the activity of foreign investors have picked up noticeably. This new trend is apparent when looking at foreign investors’ share in M&A transactions in the SME sector, which in 2017 reached 49%. Between 2013 and 2017 there was a 19% increase in the number of M&A deals with an acquirer from outside Germany

What is the European Association of Next Generation Telecommunications Innovators?

The European Association of Next Generation Telecommunications Innovators (EANGTI) is an industry association made up of SMEs active in the telecommunications industry. Members are telecom SMEs that supply a software-based 4G/5G core network functions or virtualized RAN, which are majority owned by European-based shareholders.

What is the association trying to achieve? What is the mission? Goals?

How is the association planning to carry out its mission?

By having a close dialogue with relevant stakeholders, including industry actors and policymakers, EANGTI will carry out advocacy and cooperation to foster innovation. Efforts are focused on achieving 10+ live network deployments through government or EU funding, and a broader ecosystem through advocacy for availability of spectrum and appropriate regulatory frameworks.

Where does EANGTI get its funding from?

The association is funded by membership fees. 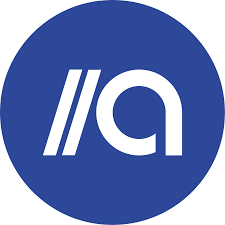 To be eligible for membership in the European Association of Next Generation Telecommunications Innovators companies must meet the following criteria:

Please contact membership@eangti.org for information on the application process.

What is the benefit of being part of the association?

Through EANGTI, SMEs in the telecommunications sectors will have a voice that will champion innovative companies, and work to improve the conditions in which the members operate in.

How do I become a member?

After checking your eligibility, please contact membership@eangti.org for information regarding the application process.

SMEs who are suppliers of software-based 4G/5G core network function or virtualized RAN, that are majority owned by European-based shareholders are eligible for full membership.

What is the difference between full and associate membership?

SMEs who are suppliers of software-based 4G/5G core network function or virtualized RAN, that are majority owned by European-based shareholders are eligible for full membership.

Full members become part of EANGTI’s board. The board decide on the action plan for the period ahead, provide guidelines and review progress made.

Associate members are may use their affiliation in public materials and take part and receive updates on the association’s work, progress and objectives.

How are the questions that EANGTI drive decided?

The association’s activities are defined and carried out entirely independently by a Board composed of representatives designated by the members’ organizations.